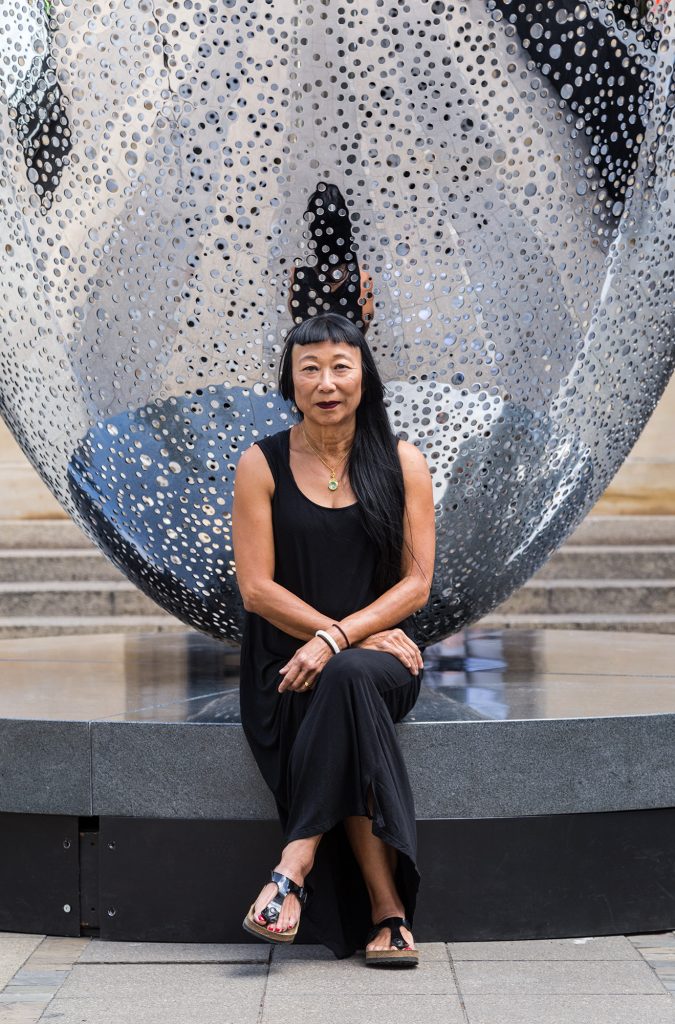 On show at John Curtin Gallery, Lindy Lee: Moon in a Dew Drop, toured by the Museum of Contemporary Art Australia, presents an opportunity to explore the extraordinary practice of the Chinese Australian artist, whose latest $14 million project is the most expensive public art commission in Australia’s history. We catch up via Zoom with Lee holed up in a Brisbane hotel, carving out time to think and work. “My favourite Lindy world is bed world,” she says, clearly in her element. “I have a team of five I work with to make a lot of my stuff, so I have to work on the things they’re working on. A lot of my time seems to be managing the team!”

Lee says Moon in a Dew Drop is an extensive retrospective going back to 1983, to just after she left art school. She says the experience of looking back over 40 years of work has been incredible. “As an artist, you just do your stuff, so it’s been quite a privilege to look at the path that has been created, even though sometimes you thought there was no path at all.”

The Brisbane-born artist employs a spectacular array of processes including flinging molten bronze, burning paper, and allowing rain to transform surfaces to explore connections between art, cultural authenticity and the cosmos, while citing the influences of Daoism and Ch’an (Zen) Buddhism. While the idea of flinging molten bronze on a foundry floor sounds incredibly dangerous, Lee says it’s exciting. “I never tire of it,” she says. “It’s the excitement of really not knowing what’s going to happen, because how can you control it? It is a bit arduous, because bronze is very heavy and you have to be focused all the time. With every step you just have to be very, very careful, and you can’t let your mind wander.”

We do of course have to talk about ‘that’ sculpture. Commissioned by the National Gallery of Australia, the $14 million work, Ouroboros, is based on the ancient symbol of a snake eating its tail, representing infinity, and will be created from perforated, mirror polished stainless steel. Weighing in at 13 tonnes, it will be the size of a small house. Celebrating the gallery’s fortieth anniversary, the work is destined for the entrance of the gallery by 2024. She says it’s been a thrill and honour to receive the commission, particularly as a woman, and one of colour. “Director Nick Mitzevich said he wanted me to be as ambitious as possible,” she says. “I was freaking out at $5 million, but he just said ‘we’re interested in what your idea could be. Just imagine something you really want to do, without constraint.’ He just allowed my imagination to flourish. Eventually I made a series of drawings and said ‘this is what I want to do.’ The beautiful thing was he said once he saw the drawings, he couldn’t unsee them. He costed it, and then worked so hard to secure the funding.”

The project will employ 130 people full time for two years. “Australia doesn’t have the technology to make it, and we could have had it made cheaper in China or New York, but together with the foundry I work with, we decided to develop the knowledge here, so there’s a ripple effect.” The sculpture will also be the first to track its carbon footprint during every stage of the work. The steel used will be recycled, and the process will help the foundry understand to how best to reduce its footprint in future.

While the maquette is currently in process, and a shed is being built to accommodate the making of the final work, Lee is excited to be coming to Perth to see her own show. “It’s been touring since 2020, and I would have loved to have travelled to the various venues to see it, but COVID happened, so there’s something quite sweet about being able to travel, and to see it in Perth.”

Lindy Lee: Moon in a Dew Drop is on show at John Curtin Gallery from 3 June until 28 August. 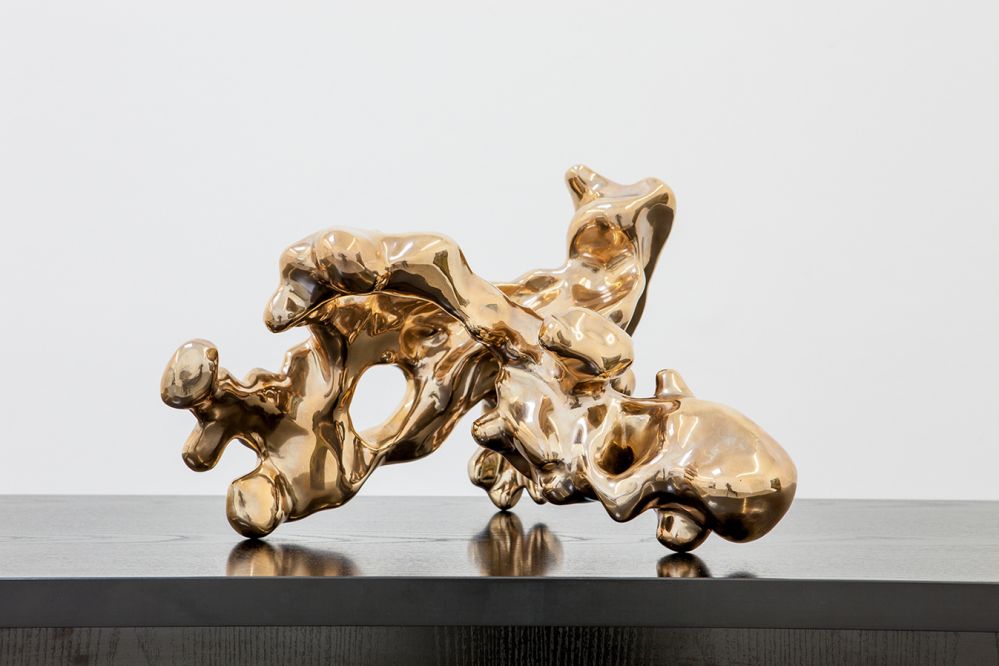 ♦  Flame from the Dragon’s Pearl: Open as the Sky, 2013,
mirror polished bronze, image courtesy the artist and Sullivan+Strumpf, Sydney and Singapore. © the artist 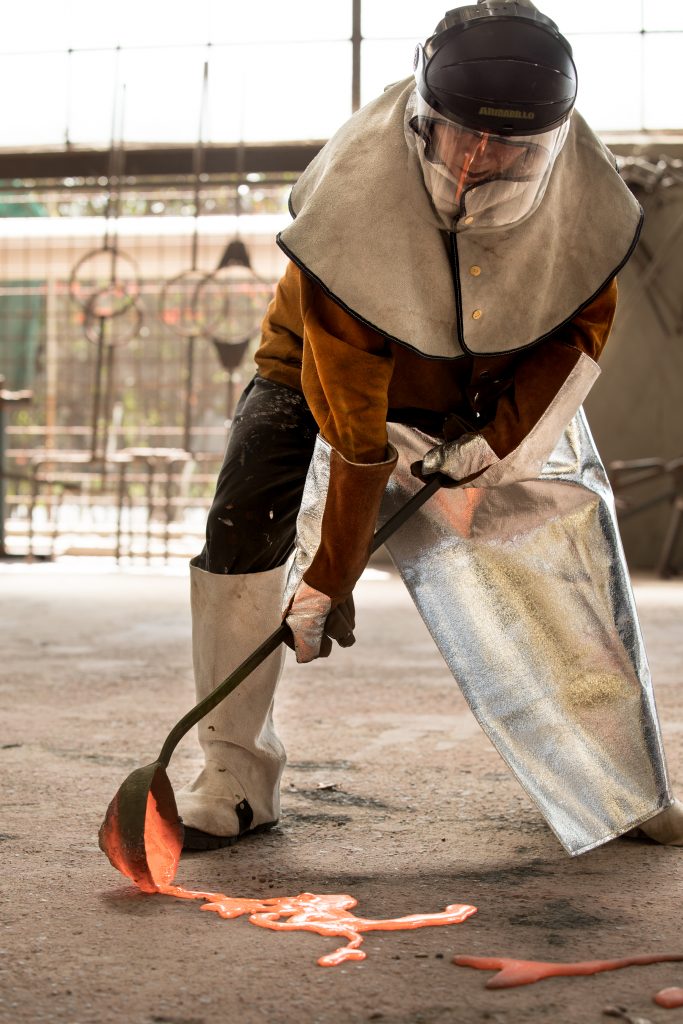 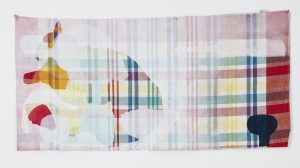 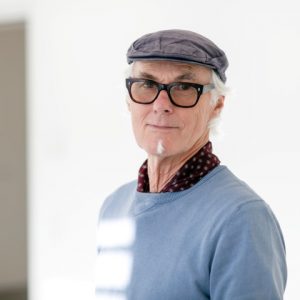 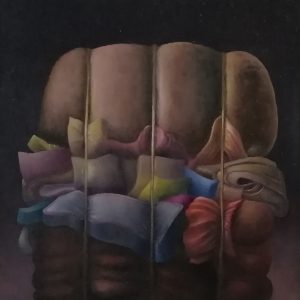 Parallel, disparate and exquisite: Pulse by Sue Starcken and The Confectioneer’s Digest by Stuart Elliott

May 8, 2022
Privacy Policy
The Artist’s Chronicle acknowledges Aboriginal and Torres Strait Islander people as the traditional owners of Country throughout Australia and pays respect to Elders past and present.
Copyright © Artist’s Chronicle
Scroll to Top