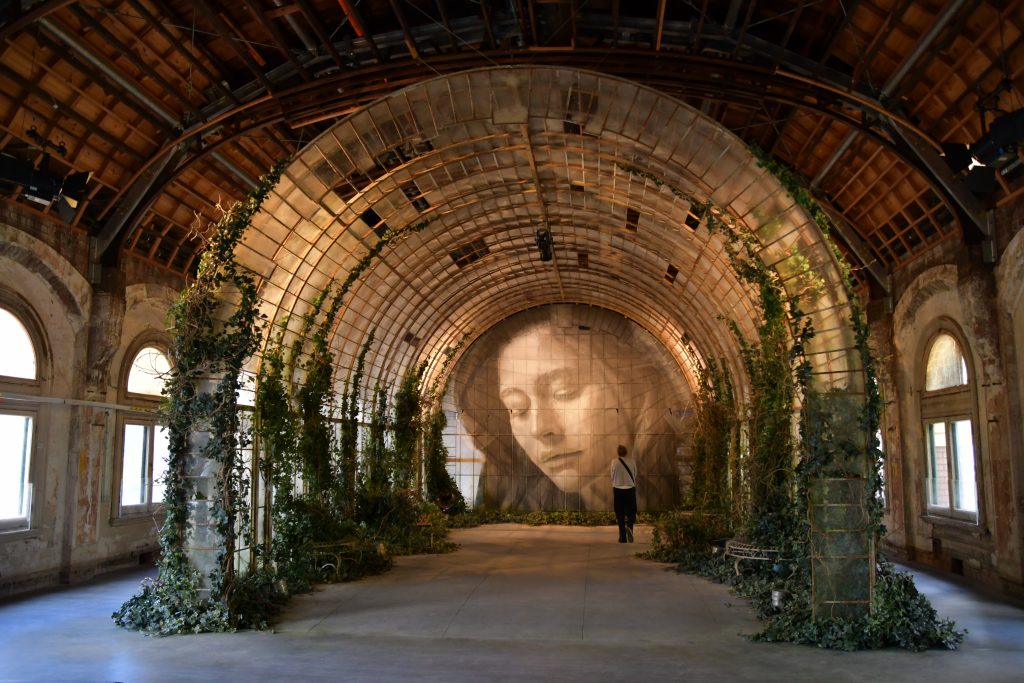 On show in an abandoned third floor of Flinders Street Station in Melbourne is the architectural intervention Time by Rone, aka Tyrone Wright, intended as a love letter to the city’s past and the building itself. Three years in the making, and thanks to a $1.86 million grant via the federal government’s RISE Fund, the epic installation celebrates a mid century era lost. Once a hive of activity during the post Second World War period, and boasting the longest corridor in the southern hemisphere, the building was once home to sporting clubs and language classes for new migrants, as well as a popular rooftop running track and a famed ballroom, which was in use up until 1985. Neglected for decades, the wing of the 112 year old building now welcomes throngs of visitors again, at least for a short time, until the show closes on 29 January.

The entrance to Time is via a usually locked door on the Finders Street side of the Station, passed by thousands of people on the busy street outside each day. Instructions are given to reach the third floor by lift or stairs, with staff available for questions on arrival. Each room has been themed to reflect the period with recreated and found objects, evocative lighting and sound design. There is an art room, a classroom, a typing room, mail room, switchboard room, office, and stunningly created library. The addition of cobwebs creates a spooky atmosphere, as if the occupants had suddenly deserted their posts and the building was left untouched for decades. The meticulous attention to details gives a sense of being inside a film set. In all of the rooms is large portraits of Rone’s muse for the past ten years, model Teresa Oman. While this apparent invasion of modern portraiture among the detritus of an intended fictitious history at first appears jarring, like the sound design, the portraits add another layer to the immersive installation and are intended to add emotion.

The space has long intrigued Melbourne artist Rone, who says he heard stories of a mysterious ballroom above Flinders Street Station for years. “I always wondered how much of it was truth and how much of it was urban myth, and I was desperate to get in there,” he says.

Born in  Geelong, Rone moved to Melbourne in 2001, continuing to develop the street art he had started in his youth. His feminine images set him apart from other street artists, and by 2016 he began creating installations in long abandoned buildings. In 2018 he was invited to transform Dandenong Ranges mansion, Burnham Beeches, into an immersive exhibit. Over six weeks in 2019, 25,000 people visited the show. The install team were able to live on site for a year as they prepared the show, but not so for the Flinders Street Station site which posed a new set of challenges. Shrouded in secrecy since the 1980s, locked up and dust filled, the heritage-listed site was far from easy to access. “I find it fascinating that there is an entire wing of the building that was locked up for decades,” says Rone. “Once I discovered how important these spaces had been in the past, I knew I wanted to share that with people.”

Vulnerabilities and restrictions in using the building meant a team of more than 120 professionals were engaged over several months to complete the install. “Though it was a dream come true to finally get the go ahead,” says Rone, “for a long while I wasn’t actually allowed in the space, so a lot had to be done remotely. Between heritage restrictions and pandemic lockdowns, there were a lot of hoops to jump though.” He was given just one window of time to enter the space and digitally scanned the the entire third floor, with much of the project planned and pre-visualised remotely using computer aided design and drafting software. Eventually, scenic artists, lighting designers, heritage experts, riggers and many others all worked behind the scenes to bring the show to fruition.

“The work that has gone into Time is the culmination of 21 years of working as a street artist in Melbourne,” he says. “The work won’t last – it has been designed with a limited lifespan in mind – but I hope the stories will live on.”

Rone’s work has gained international media attention. His work is held in the collections of the National Gallery of Australia, the National Gallery of Victoria. He has exhibited in galleries in London, New York and Berlin, as well as creating painted works in diverse locations around the world. In 2019, Geelong Art Gallery held a survey of his work, along with a site specific immersive installation. 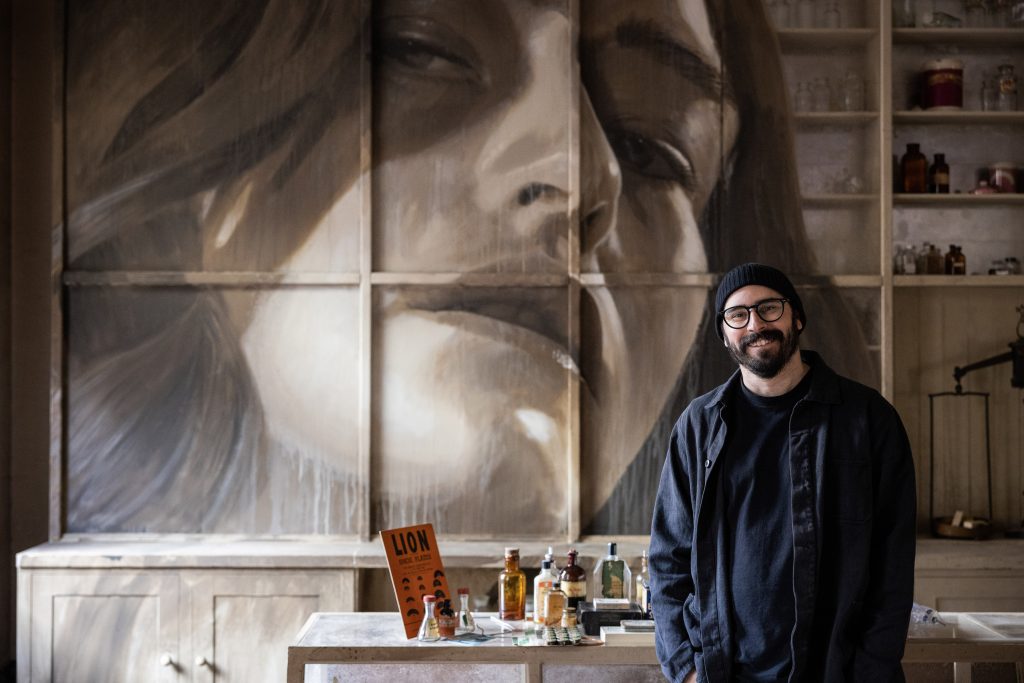 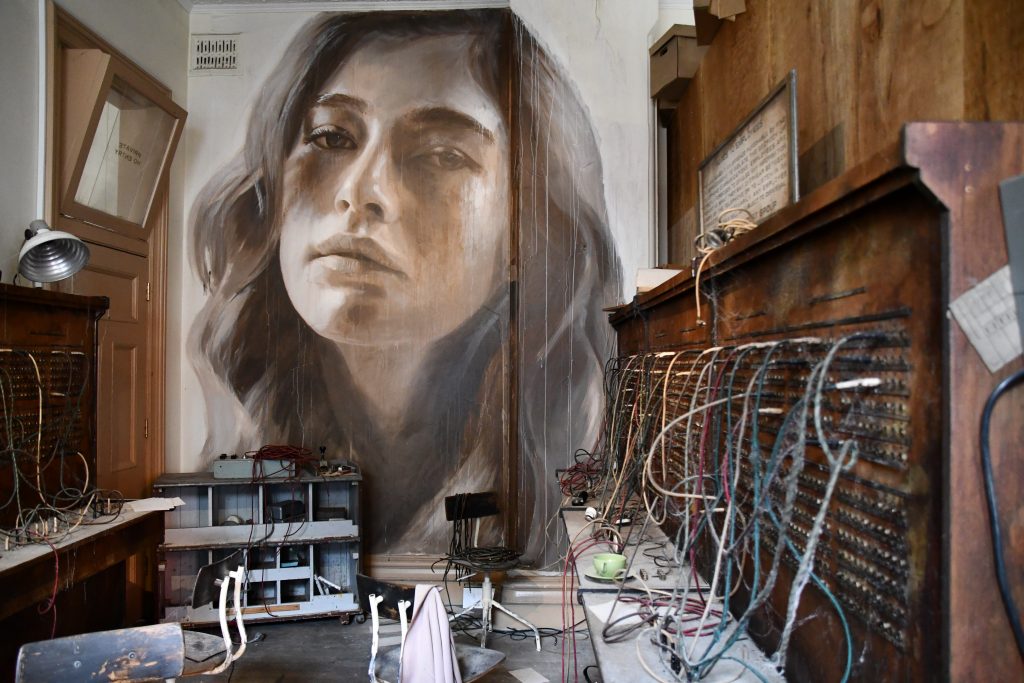 The Switchboard Room at Time by Rone. 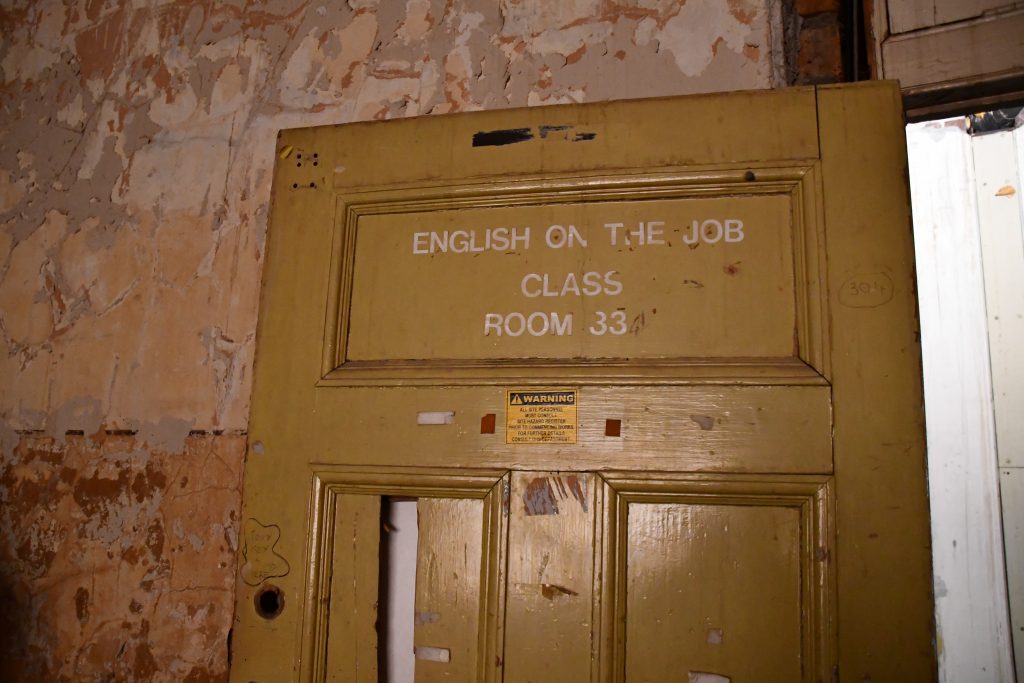 Decayed  walls and doors at Flinders Street Station reveal historical purposes for a myriad of rooms. 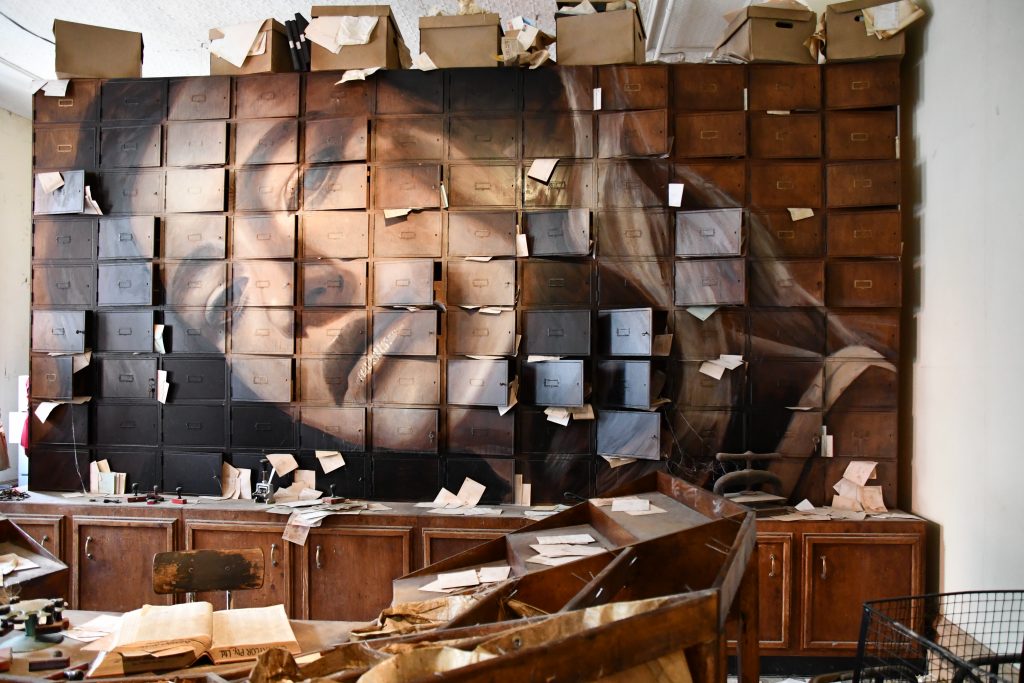 The Mail Room at Time by Rone. Photos Lyn DiCiero.